7 Facts About Ketones Everyone Should Know 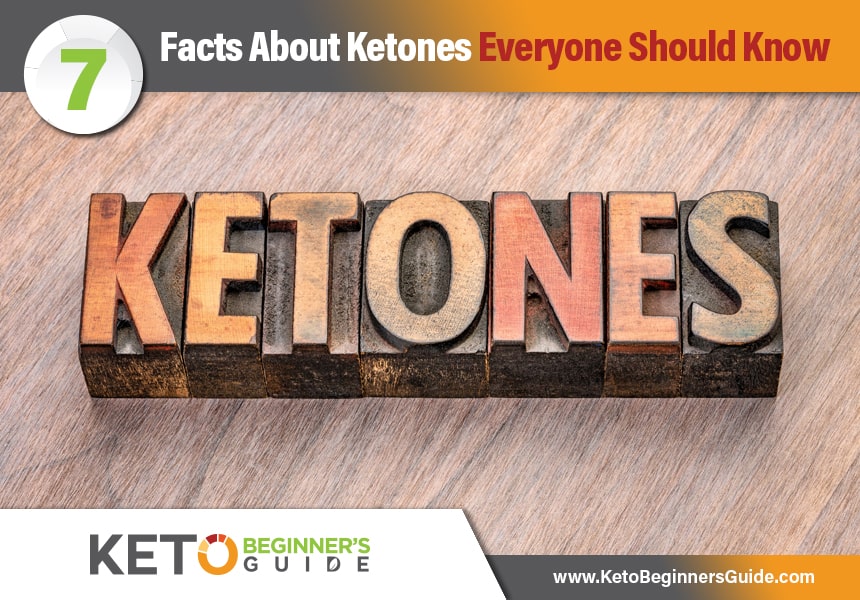 What You Need To Know About Ketones

We often get the question: “Does your body need exogenous ketones to achieve maximal physical and mental performance?” This article breaks down the answers for you, with the help of a solid foundation of empirical data and an academically acclaimed expert opinion. If you or a family member suffers from PCOS, epilepsy, ALS, Alzheimers, or have experienced a traumatic brain injury, you may want to listen up.

Ketones are simple molecules with captivating capabilities. Scientific studies are increasingly investigating ketone bodies as potential therapeutic aids on a grand scale. Although the power of ketones has fascinatingly been used for thousands of years to control epilepsy seizures according to records, our methods of testing, deducing, and corroborating have become a lot more advanced.

Because of this, science can investigate the benefits and drawbacks of hyperketonemia in a more complete, more accurate way. Today, researchers are engaging with exogenous ketones’ potential in treating illnesses, such as acne, polycystic ovary syndrome (PCOS), cancer, and amyotrophic lateral sclerosis (ALS). Traumatic brain injuries (TBI) and Alzheimer’s disease (AD) are achieving positive results.

2What Are Exogenous Ketones?

Exogenous ketones are substances you consume that contain ketones that are bio-identical to those made by your body during ketogenesis. These ketone bodies, like acetoacetate, acetone, and beta-hydroxybutyrate (goBHB), put you in a state of mild, acute ketosis. They require no restriction of carbohydrates, so you can eat a carb-rich diet and still benefit from the ketone bodies made outside the body instead of within it.

The fact that exogenous ketones require no-carb restriction, like the ketogenic diet, can be immensely beneficial for cases like elderly patients, institutionalized patients, children, people with special dietary limitations, or even in the military (in cases where having both glucose and ketones in the blood is an advantage). If you are part of one of these communities, it can be nearly impossible to follow a strict ketogenic diet and thereby are robbed of the opportunity to benefit from ketosis. With exogenous ketones like goBHB, you don't need to be in ketosis to receive the neurological, physical, and mental effects.

3What Are Endogenous Ketones?

Endogenous ketones are made in the liver when we restrict carbohydrates. This process increases lipolysis (fat breakdown) and puts the metabolism in a state of ketogenesis. It ultimately leads to hyperketonemia, where the ketone body beta-hydroxybutyrate (BHB) presence in the blood is higher than 0.5mm. In this state, ketone oxidation occurs, which fuels cells (very efficiently) in the body instead of glucose from carbs.

4A Quick Case Study On Ketones

Dr. Brianna Stubbs is a peak-performance, elite-level athlete who was motivated by her own performance goals to delve into the physiological effects of ketone salts and esters. What she discovered changed her results and her life. During her time as a British International Rowing Team competitor, Stubbs became the youngest person in history to row across the English Channel and had been studying the effects of ketones on performance for nearly a decade as an Oxford scholar and now faculty member.

Her research has brought to light some fascinating and promising findings on athletic performance increase on exogenous ketones, as well as how they could help the brain. Another result was that regular exercise-induced protein deamination during exercise showed a significant decrease, meaning the total muscle she lost during each workout was less than if she had only glucose in her bloodstream and no ketones. Another strange but wonderful discovery has been that, although exogenous ketones taken on a high-carb diet inhibit lipolysis to a degree, beta-hydroxybutyrate significantly increased intramuscular fat oxidation by 25%.

5Effects Of Ketones On The Brain

In terms of cognitive ability, ketones like goBHB are small enough to easily cross the blood-brain barrier. This provides individual neurons with a readily available, efficient energy source to learn, remember, articulate, and perceive. When you combine this with ketosis's reputation for restoring GABA balance in the brain and its well-documented therapeutic value in treating epilepsy, it becomes clear that ketone bodies have an essential role in the future of neuroscience.

Contrary to what you may have heard, beta-hydroxybutyrate and ketone salts are not the same thing. Like aceto-acetate and acetone, BHB is a molecule created by ketogenesis. However, the ketone bodies need a substrate to bind to for our bodies to be able to metabolize it properly.

In the case of ketone salts, BHB is bound to essential minerals like calcium, sodium, or magnesium. These minerals all act as electrolytes, keeping your body hydrated as ketosis makes you lose water weight. The absolute best plan, if you are considering giving BHB a go, is to choose an exogenous ketone that contains all three electrolytes (magnesium, calcium, sodium) in one product. Otherwise, you may find yourself with an imbalance and having to drink a boatload of salty spinach juice and taking a handful of assorted mineral supplements to stay properly hydrated.

7Are All Keto Supplements the Same?

Not all keto supplements are even exogenous ketones. One must be very wary of that when choosing a brand. Other supplements marketed to keto-ers include medium-chain triglyceride (MCT) oil, which is an easy-to-breakdown dietary lipid source, green tea extract with metabolism-boosting epigallocatechin gallate (EGCG), and BCAAs (branched-chain amino acids), like leucine, isoleucine, and valine, that assist in protein synthesis.

From a performance perspective, using a “keto supplement” that doesn’t contain any ketone salts, ketone esters, or AcAc seems very counter-intuitive. Also, if you’re considering taking a ketone supplement that also contains BCAAs, you have less control of your dosages. Opting for a separate, clean ketone supplement with beta-hydroxybutyrate and essential minerals is your primary goal.

Exogenous ketones will change the world, or rather, they already did for those fortunate to know about them. Exogenous ketones show great promise and are already demonstrating their amazing abilities to boost mental and physical performance. However, the only real way to get fact-based, substantial answers to important questions is research, research, and more research.