6 Important Facts About Sour Cream And Your Diet 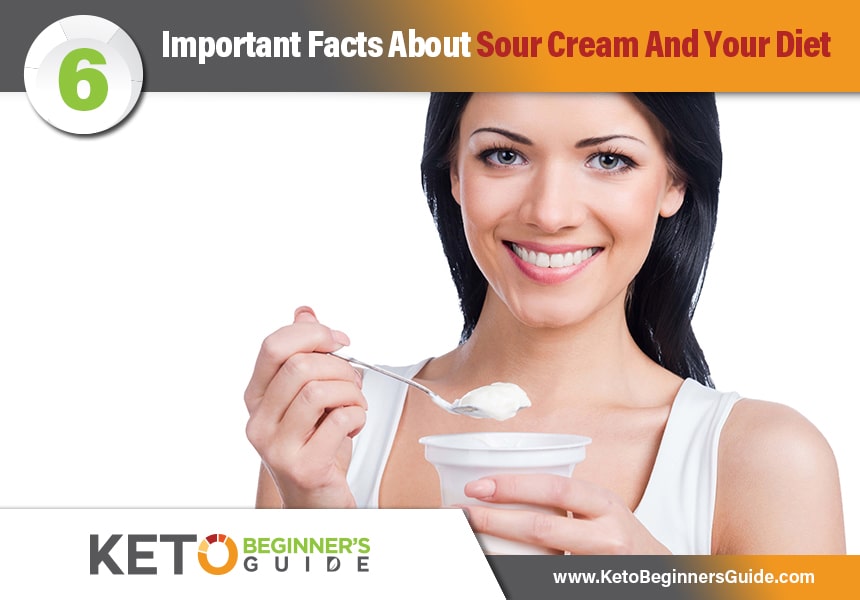 The right balance between digestive enzymes and bacteria can help us absorb more nutrients in the food that we eat. The bacteria used by most manufacturers die off during processing, which is why not all varieties of sour cream contain probiotics. To counter this, some manufacturers have started adding live cultures that remain active and beneficial to health.

The vast majority of recipes that include sour cream usually never require more than a small quantity. It is an excellent way to keep your carbohydrates in check. If you have a difficult time digesting dairy or if you aren't a fan of sour cream, you should consider swapping it out for another food item that has similar consistency and texture. You should be aware of these six sour cream and keto facts.

1How Sour Cream Is Made

Fermented cream is sour cream. The addition of lactic acid bacteria to regular cream, which contains not less than 18 percent milkfat, makes sour cream. It helps make the taste sour and thickens the cream.

People used to avoid sour cream because of its high content of saturated fats. Fortunately, we now know that it's not fat but instead sugar that's responsible for many of the prevalent diseases today, such as Type 2 diabetes, obesity, and heart disease. Sour cream can be a healthy part of the ketogenic diet if used in moderation. Numerous low-carb recipes, particularly desserts, use this.

Sour cream has more than 20 different vitamins and minerals. It is a rich source of several B vitamins, potassium, phosphorus, magnesium, and calcium. It is low in carbs and high in good fats. If you are on the ketogenic diet and experience a weight loss plateau, it can be a good idea to limit your intake of dairy products, including sour cream, for several days to see if this helps you break through the stall.

Dietary fat also helps in the absorption of antioxidant nutrients. According to the findings of one study, people that ate a salad with full-fat dressing absorbed the carotenoid nutrients in the salad better than those whose salad had reduced-fat dressing. To ensure that you get the most out of the vegetables and other nutrient-rich foods you eat, make sure that you take in at least a small quantity of dietary fat.

4Good For Your Digestive And Immune System

Fermented foods are beneficial for the digestive system. They contribute to the health of the "good" gut bacteria. You can find about 75 percent of your immune system cells in the gut, which means that if you boost your digestive health, you will improve your immunity, too.

Sour cream is a fermented product, which means that it has the potential to contain gut-healthy probiotics. Probiotics are live bacteria and yeasts that can aid in digestion as well as strengthen the immune system. The fermentation of regular cream with certain types of lactic acid bacteria creates sour cream. The bacterial culture thickens and sours the cream. The right balance of digestive enzymes can help you absorb more nutrients in the foods that you eat.

Are you allowed to eat sour cream on the ketogenic diet? The simple answer is yes, but there's a catch. Sour cream isn't as low in carbs as other dairy products such as heavy cream and cheese. Still, you can have some sour cream on a ketogenic diet but only if you keep the portion sizes down.

A 100g serving of cultured sour cream has less than 5g of carbohydrates and close to 20g of fat. If you limit your total daily intake of carbs to 20 to 25g, you're telling your body that you would like it to burn fat as opposed to carbs as energy. To stay in ketosis, avoid eating too much dairy since the carbs can quickly add up.

Sour cream has a hard-to-replicate and distinct taste. Fermenting a regular cream using lactic acid bacteria makes sour cream. The bacteria is responsible for its taste as well as the thickening of the cream.

Adding lactic acid bacteria to regular cream makes sour cream. It leads to the creation of fermented cream that has a thick consistency and taste. If there's no sour cream available or if you don't like its taste, you should consider using an alternative.