5 Facts On How Ketosis Affects Your Mental Performance 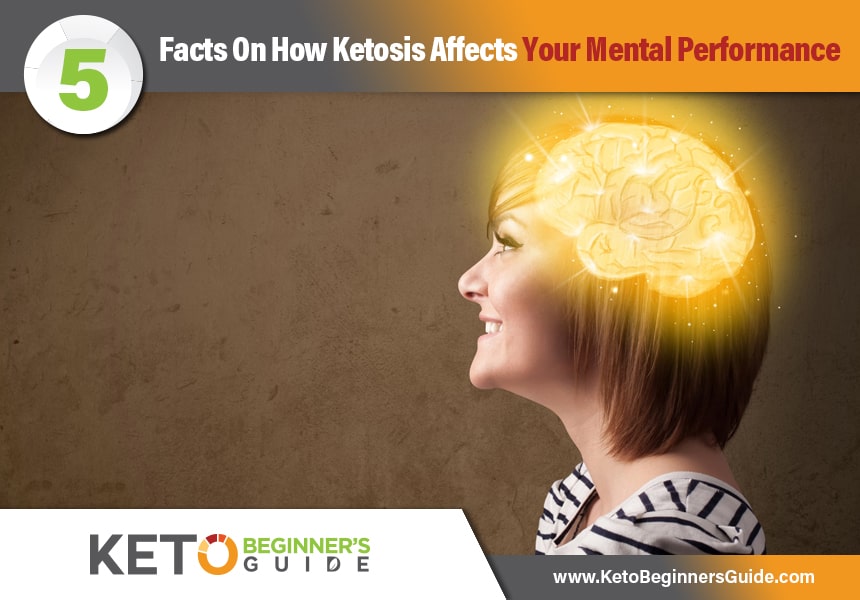 Impact Of Ketosis On Mental Performance

Are you looking for a way to maximize your mental performance? Reaching your peak mental performance and staying there is an empowering achievement. If we're talking about passing a bar exam, your mind needs to be running at optimal efficiency so you can surpass even your personal best. Read on to dig deeper into the science behind mental mastery and brain excellence.

There are several factors that determine how energized you feel throughout the day. One big factor is your blood-glucose levels; that is if you are still eating carbs. While eating keto practically eliminates the dramatic spikes and dips in blood sugar, thereby doing away with this source of fatigue, ketosis has far more to offer than that alone. After the investigations into fasting's reduction of epileptic seizures reached its critical point, attention was diverted to the miraculous molecule that made it all possible - the ketone.

Medical science has been investigating the therapeutic powers of ketone bodies since the early 20th century. Harvard scientist, Dr. William Lennox, published several ground-breaking studies about the effect of carbohydrate restriction in patients with epilepsy. After a professional lifetime of learning, testing, and corroborating, he resolved that it had to be a change in metabolism that is helping his epilepsy patients get relief. Based on the revolutionary thoughts of Dr. Russell Wilder of the USA Mayo Clinic, today's physicians have been prescribing a diet rich in fats and virtually devoid of any carbohydrates for many years already with demonstratable success. This dietary handling of the epilepsy diagnosis is still widespread today.

GABA (gamma-aminobutyric acid) and glutamate are neurotransmitters in the brain that are responsible for concentration and relaxation, respectively. For the brain to work properly, it necessitates a good balance between the two neurotransmitters. Having too much glutamate is usually the culprit for an imbalance in these neurotransmitters. The imbalance has been associated with pathologies like ALS (Amyotrophic Lateral Sclerosis), several types of epilepsy, as well as mood disorders in humans. People with too much glutamate and not enough GABA levels often exhibit issues like "brain-fog," anxiety, and sleep disturbances.

Chronically high levels of glutamate cause inflammation, as the glutamate continually overstimulates the brain cells. The overspill of glutamate should be transformed into GABA to help balance neural processes if your body is healthy. However, studies have shown that living a ketogenic lifestyle could help facilitate this change. The resulting effects are lessened anxiety and an improved ability to focus.

Oxidative stress can be described as a natural byproduct of mitochondria's energy-making process. Using ketones for fuel has been revealed to lower levels of oxidative stress when compared to glucose metabolism. This effectively lowers inflammation and supports healthy mitochondrial activity. Ultimately, this results in improved energy production.

A degenerative process, called demyelination, can occur on nerve cells, where the fatty protective coating over neurons is damaged or diminished. Neurodegenerative illnesses, like MS (multiple sclerosis), are considered very sensitive to chronic inflammation. This makes switching to keto therapeutic to a further degree.

In order to move, repair, grow, and flourish, the cells in the body need consistent energy. ATP (adenosine triphosphate) is the fuel that the cell organelles, called mitochondria, produce to power everything you do. Cells in certain parts of the body have a higher number of mitochondria in their tissues than others in comparison, demonstrating, in turn, the amount of energy they need to function properly.

The brain is one of the most important areas of the body that needs lots of energy to function. We can increase the number and energy output of the mitochondria in your brain. Studies have shown that this is possible through ketone oxidization. Once we're able to do this, our brain receives more energy.

Although much research still needs to be done into the full spectrum of potential therapeutic ketosis holds, it's safe to say that researchers are well on their way to revolutionizing the way modern medicine treats neurological diseases. In the same vein, we are privileged to be standing on the front lines of this new fitness culture, one that prioritizes our overall health and reaching peak mental performance. For now, we'll be celebrating the nutrition revolution on the track and on the plate!