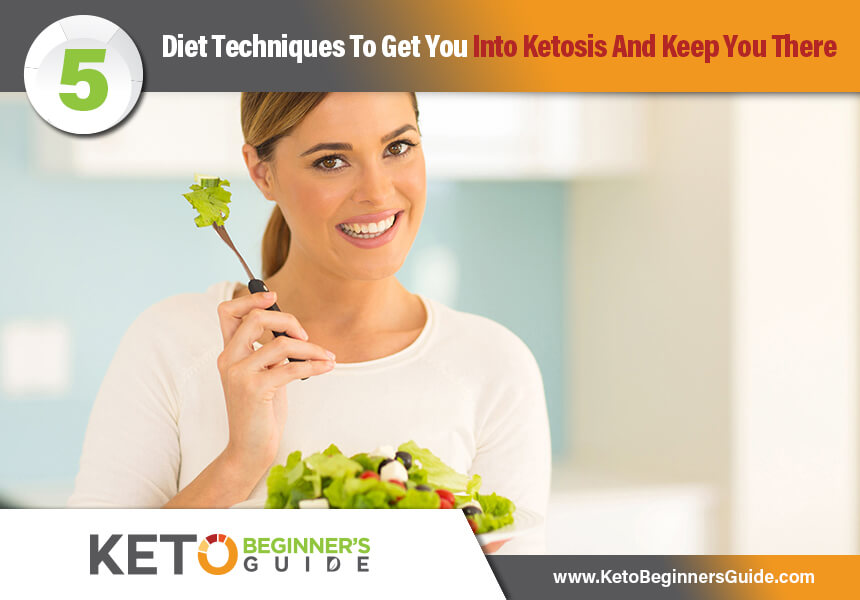 Ketosis is a state where the body has increased ketone levels at least more than 0.5mm. The ketogenic diet is one of the most popular in the world. It emphasizes on low carbohydrates and boosts the body's ability to use fat as a source of energy. That's why many people are using this diet since others have failed considerably. By taking a few steps in your diet, the natural source of fuel for your body will switch from glucose to fatty acids.

Most people assume that you don't need to take any carbohydrates with a ketogenic diet; well, that's a huge misconception. Yes, you can reduce your consumption of carbs, but each person has a different threshold of carbs to reach and still enjoy ketosis. Your body takes weeks or days of fasting before going into ketosis. The ketogenic diet requires dedication and adherence. Here are some useful tips to help you with ketosis and how to stay there.

Fasting has been around for many years, but it's still relevant in modern days. Remember that everybody cannot do it. It doesn't necessarily involve cutting out food for many weeks.

There are numerous ways of fasting, with restricted eating periods as the most popular. Fasting is often defined as controlled and voluntary abstinence from all foods that contain calories for a specific period. It's different from starvation, which isn't controlled or deliberate.

MCT (medium-chain triglyceride oil) is part of many ketogenic diets. It doesn't contain ketones, but the fat converts into BHB (beta-hydroxybutyrate), the main ketone body. Once you take MCT, your blood ketone levels will increase slowly over a few hours.

MCT is extracted from coconut oil and has numerous benefits compared to other fatty acids. Most dietary fats have more than 12 carbons in the fatty acid chain, while MCT only has 6 to 12 carbon chains. Thus, it allows faster and easier absorption and rapid conversion of ketones in the liver.

In the '80s and '90s, there was an ongoing belief that fat was the enemy. Most people believed that fat was the leading cause of numerous health issues, especially heart disease. As a result, there were countless low-fat diets. Most people ate low-fat foods because they believed they could lose weight, or they thought fat was going directly into their tummies.

You should know that trans fats are the worst type of fat in your diet. These create fats by making vegetable oils into solid. Note that there are some fats consumed minimally, while others can provide some health benefits. For instance, saturated fats, such as coconut oil, raw butter, and MCT oil, should be taken moderately with foods.

A ketogenic diet doesn't mean that your protein levels will reduce. Protein levels are bound to increase. Eating a lot of proteins is essential because it will prevent muscle breakdown. Moderately taking proteins will help you feel more satiated after eating food.

A high-fat diet and moderate protein will prevent feelings of hunger even when taking a calorie-deficit restriction. The best sources of proteins are steak and oily fish because they are also rich in fat. If you are not sure of how much protein to eat, you should take at least 0.8g per pound of your body weight every day. If you weigh 200 pounds, you should take 160g of proteins per day.

5Exercise To Increase The Rate Of Ketosis

You might not feel like it, but exercising is a great way to speed up the ketosis process since it depletes the glycogen stores in the body naturally. If there's no more glycogen in the body, it will burn fat to produce energy. Research reveals that exercising can lead to ketosis.

Once your body is in the ketosis state, fat will become the primary source of energy. It's quite similar to switching from gas to diesel on your vehicle. It operates the same way, but it's using another source of fuel. Note that a fat-adapted athlete should be able to tap into the stored body fat to produce fuel since the body stores more fat than carbohydrates.

For many years, people followed trends with low-fat diets because they believed that a lot of fat causes cardiovascular diseases and diabetes. With a lot of research, the opposite proves to be true. Now, there are more diets with low carbs and high fat, such as the Atkins and keto diet, and thus rightfully restores fat into a diet plan to avoid obesity.

If you didn't know it, the key to losing fat is eating fat. Yes, it might sound a bit untrue, but scientists have proven it works. It isn't a great source of energy for the brain, but it can go from the blood into the brain. Your brain loves sugar, so we need to make fat as the primary energy source. That's where ketones play a considerable role.

When your body is in a ketogenic state, the liver converts any fats in your body into ketones, thus producing energy. If the ketones in your blood increase over a particular level (0.5mm), you are in a state of ketosis. You should know that ketones contribute a lot and are beneficial to the production of energy in your brain and overall body. Use these tips to get your body into a state of ketosis faster and enjoy the weight loss benefits associated with the ketosis diet. It's the best way to get healthy!