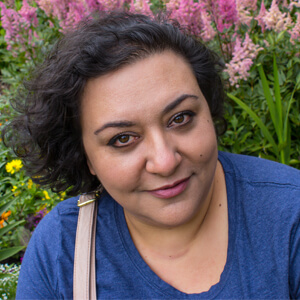 Ardella Sanchez was born in 1982 in Rolla, Missouri, where she attended Missouri University Science & Technology for a degree in education. She spent many years as a teacher working with children. It's a happy coincidence that she now teaches other adults about ways they can improve their lifestyle.

For a long time, Ardella had accepted that weight loss was always going to be an area that she struggled in. Her weight yo-yo'd on various crash diets, and her figure changed dramatically over the years. At times, it seemed hopeless, which hurt her self-esteem. She stopped dating and started denying herself the stylish clothes she was interested in. She stopped being herself.

Three years ago, Ardella learned that her family is genetically predisposed toward weight gain. The knowledge helped her accept that her struggle hadn't been due to laziness or lack of willpower, and she decided to give it one more try. But this time, she didn't want a diet: She wanted a lifestyle.

The ketogenic diet was exactly what she was looking for, but getting started was pretty overwhelming. Ardella now writes to help inform other people of the benefits of the keto diet. She wants to provide them with the right strategy for getting started so that they can see her results without the same stumbling blocks she had to fight through.

For Liz, weight was always something that tended to slide to the backburner. Sure, she gained and lost throughout the year like any other person not watching their diet, but for the most part, she was maintaining a healthy weight. She figured there was no reason to worry, but there was one problem: her blood sugar.

All her life, Liz had been puzzled by the varied and sometimes extreme reactions her body had to food. Organics, like fruits and veggies, left her feeling light afterward, but meals containing processed foods could leave her on the verge of sleep before the meal was even over. But on certain days, lighter foods just weren't enough, and on others, carbs didn't bother her. It took a long time for Liz to decide it was finally time to talk to a doctor, but she was glad when she did and finally got the answer she'd been looking for.

Liz needed to learn how to maintain her blood sugar. This was the key to regulating her energy levels, her weight, and even ditching the brain fog that occasionally plagued her, which she hadn't even attributed to what she'd been eating! Her doctor suggested the ketogenic diet; it was the first thing Liz tried, and she hasn't dropped it since. With the benefits she's seen from ketosis, she doesn't have any reason to.

By stabilizing her blood sugar using the ketogenic diet, Liz has seen the exact results her doctor promised her. It was a rough transition at first, and she's slipped up now and again, but overall, it's been worth it. After you've been on the keto diet long enough to see results and maintain them, she's willing to bet you'll agree.